There has been a lot of exposure in the last few years talking about Bitcoin and “crypto-currency”.  There is a ton of misinformation and confusion about it so I decided to create a blog series looking at the history and future of currency and blockchain. 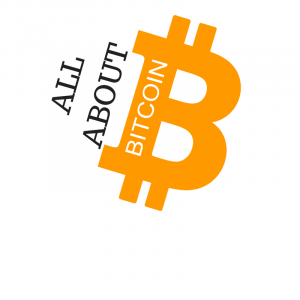 According to Merriam-Webster currency is something (such as coins, treasury notes, and banknotes) that is in circulation as a medium of exchange.  If you go back in history many different things from salt, beads, animals and silver spoons have been used as currency.

There have been local and national currencies.  In ancient times currency was generally pressed coins made out of gold, silver, or other metals.  The currency was not backed by any sort of banking system like we know to exist today.

So the idea of currency as we know it today has changed over time and will most likely continue to change and evolve into the future.

Before we discuss what Bitcoin is we have to take a step back and discuss where it started and what is the backbone technology for all crypto-currency, Blockchain.

The blockchain is an ingenious invention – the brainchild of a person or group of people known by the pseudonym,  Satoshi Nakamoto. Since then, it has evolved into something greater, and the main question every single person is asking is: What is blockchain?

In its simplest idea Blockchain is a uncorrectable digital ledger of economic transactions. Big deal right?  Well actually it is.

By allowing digital information to be distributed but not copied, blockchain technology created the backbone of a new type of internet. Originally devised for the digital currency, Bitcoin, the tech community is now finding other potential uses for the technology.  Bitcoin has been called “digital gold,” and for a good reason. To date, the total value of the currency is close to $40 billion USD.*  And blockchains can make other types of digital value. Like the internet (or your car), you don’t need to know how the blockchain works to use it. However, having a basic knowledge of this new technology shows why it’s considered revolutionary.

Block chain will revolutionize many different things in the future and will probably change the way banking is done in the future.

So how does Blockchain work?

Picture a spreadsheet that is duplicated thousands of times across a network of computers. Then imagine that this network is designed to regularly update this spreadsheet and you have a basic understanding of the blockchain.  Information held on a blockchain exists as a shared — and continually reconciled — database. This is a way of using the network that has obvious benefits. The blockchain database isn’t stored in any single location, meaning the records it keeps are truly public and easily verifiable. There is no centralized version of the information that exists for a hacker to potentially corrupt. Hosted by millions of computers simultaneously, its data is accessible to anyone on the internet.

I am sure the idea of information being accessible and hosted on millions of computers must sound crazy.  I know it did to me at first. The data is highly encrypted so security isn’t a concern, but let’s take a step back really think on this.  If identical versions of the information are stored across millions of computers it makes it nearly impossible to corrupt the data blocks. Blockchain technology is like the internet in that it has a built-in robustness. By storing blocks of information that are identical across its network, the blockchain cannot:

Be controlled by any single entity.

Has no single point of failure.

Because the network is constantly updating and being timestamped across the entire chain the users can trust the data of who owns what at any given time.  In short it can cut out the middle man (ie the bank) in a peer to peer transaction.  Approximately six times per hour, a new group of accepted transactions, a block, is created, added to the blockchain, and quickly published to all nodes. This allows bitcoin software to determine when a particular bitcoin amount has been spent, which is necessary in order to prevent double-spending in an environment without central oversight. Whereas a conventional bank ledger records the transfers of actual bills or credit card (promissory note) payments that exist apart from it, the blockchain is the only place that bitcoins can be said to exist in the form of unspent outputs of transactions.

Ok so now that we have a basic understanding of what blockchain is we need to talk about how Bitcoin (or any of the digital currencies come into existence.)

Mining is a record keeper service.  Miners keep the blocks in the blockchain consistent, complete and unalterable by constantly verifying the information and broadcasting the new blocks in the chain.  Every block has a cryptographic hash that links it back to the prior block.

Ok I have to take a pause here to talk about the important concept of hashs and proof of work.  In order to be accepted into the chain a block of information must contain a proof of work.  In order to be verified the miners must find the series of nonces that are contained in the block. A nonce for those that are not cryptography experts is a random number.  The hash is a function that can be used to create a map of data of an arbitrary size into a fixed size.

Ok to put it into simple English in order to get a block added to the chain the computer/algorithm has to solve a bunch of problems that they don’t know in order to get the correct nonces.  If they do all of that they get rewarded with some amount of Bitcoin.  The harder the problem is to solve the more Bitcoin they are awarded.

The proof-of-work system, alongside the chaining of blocks, makes modifications of the blockchain extremely hard, as an attacker must modify all subsequent blocks in order for the modifications of one block to be accepted.  And since new blocks are being added every 10 minutes you can see how this open network system would be exceptionally difficult to be hacked.

That was a lot of information to digest so I am gonna stick a pin in the series here and pick it up in the next piece discussing in more depth about mining Bitcoin, future use cases for blockchain and what it all means for you and me.