It’s official. We’re in a recession. According to the National Bureau of Economic Research (NBER), which is in charge of declaring recessions, the economic expansion that began in 2009 and peaked in February 2020, is officially over. It lasted a record 128 months.

It has been a difficult two months for investors. But there is reason to hope, and we have a plan in place. First, let’s discuss where we are, how we got here, and what to expect next.

Since the February 19th peak, the S&P 500 Index fell 34% to its most recent low. While that’s roughly in line with the average bear market pullback, the rapid decline in the major indices is unsettling. The 34% drop occurred in just over one month, which is unprecedented.

But that shouldn’t be too surprising. What we are seeing in the economy is unprecedented, too. There is an enormous amount of uncertainty. Many industries that require person-to-person interactions are shut down, and the companies that remain open have far less traffic. END_OF_DOCUMENT_TOKEN_TO_BE_REPLACED

Whether you reached your personal goals last year, faced challenges, or are looking for a 2020 reboot, a new year and a new decade bring challenges and opportunities.

This , we want to review the year that just ended and take a peek at the upcoming year.

Before we jump into a review of 2019, let’s touch on the events that led up to last year’s impressive rebound.

As 2018 came to a close, stocks were in the midst of a steep sell-off, which shaved nearly 20% off the S&P 500 index over a three-month period. END_OF_DOCUMENT_TOKEN_TO_BE_REPLACED

Trade headlines drove price action during much of the year. September and Q3 were no exception. A shift in the Fed’s stance and a reduction in trade tensions sparked a rally that took the S&P 500 Index to a new high in July (S&P 500 data—St. Louis Federal Reserve).

Despite a late July rate cut, an escalation in trade tensions in August created a brief bout of volatility. Yet, the peak-to-trough decline in the S&P 500 Index amounted to just 6.1%. END_OF_DOCUMENT_TOKEN_TO_BE_REPLACED 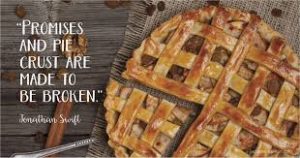 We’ve all heard it said: “Records are made to be broken.” We celebrate record-breaking winning streaks from our favorite teams. Conversely, we hope to avoid a long string of losses.  It is very interesting behavioral traits in investors.

The bull market that began in 2009 is not the best performing since WWII. That title still resides with the long-running bull market of the 1990s. But it is the longest running since WWII (St. Louis Federal Reserve, Yahoo Finance, LPL Research–as measured by the S&P 500 Index). END_OF_DOCUMENT_TOKEN_TO_BE_REPLACED

Well, that’s not quite the story, but given the seemingly non-ending talk about a recession, you might think that economists and TV personalities are channeling Paul Revere’s midnight ride.

Yes, a recession is eventually inevitable, but is it imminent?

The quick answer is Probably Not. END_OF_DOCUMENT_TOKEN_TO_BE_REPLACED

Whether you reached your personal goals in 2018, faced challenges, or are looking for a 2019 reboot, let’s take a moment to hit on the key themes from the past year. 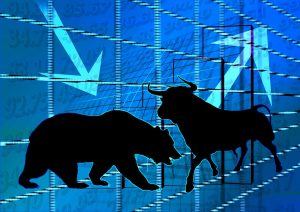 Before I get started, I want to revisit a comment I included in my commentary from the beginning of 2018.

The momentum generated by a growing U.S. and global economy is likely to carry over into the new year. While a 2018 recession can’t definitively be ruled out, leading indicators suggest the odds are low.

That said, unexpected events can create short-term emotional responses in the market that are best avoided by long-term investors.

Last year’s lack of volatility was simply remarkable. According to data from LPL Research and the St. Louis Federal Reserve, the biggest drop in the S&P 500 amounted to just 2.8%. It was the smallest decline since 1995.

The U.S. economy exhibited strong growth in the second and third quarter, a recession did not ensue, and yes, 2017’s lack of volatility was remarkable. We knew it wouldn’t last, but predicting an expected exit date is difficult.

January began 2018 on a firm footing, building on highs in the wake of tax reform, low interest rates, low inflation, and strong corporate profit growth. If stocks rise or fall on the fundamentals (and they usually do), the outlook was quite favorable as the year began. END_OF_DOCUMENT_TOKEN_TO_BE_REPLACED

“Our new Constitution is now established, and has an appearance that promises permanency; but in this world, nothing can be said to be certain, except death and taxes.”

It’s a quote that comes down to us from Benjamin Franklin, who uttered the phrase in 1789.

Taxes–federal, state, local, sales tax, property tax, gasoline tax, payroll tax, tolls, fees, taxes on capital gains, dividends and interest, gift tax, inheritance tax, and cigarettes and alcohol. There has even been a rising chorus that is calling for a special tax on junk food.

Last year, stocks marched higher with only minor pullbacks. When the year ended, the largest peak to trough decline for the S&P 500 Index was just under 3% (St. Louis Federal Reserve data on the S&P 500). It was a year that lacked turbulence and one that rewarded diversified investors.

Since the beginning of February, volatility has returned. It’s a reminder that periods of relative tranquility don’t last forever. END_OF_DOCUMENT_TOKEN_TO_BE_REPLACED

I’ve been in the financial planning field for many years. I’ve been inundated with articles and soothsayers that offer up specific roadmaps for stocks. None have been consistently right.

The S&P 500 Index advanced 21.83% in 2017. That figure includes reinvested dividends. No question about it, 2017 offered rich rewards to those who invested in a well-diversified stock portfolio.

So, does a sharp upward advance in one year set the stage for a pullback in the following year? END_OF_DOCUMENT_TOKEN_TO_BE_REPLACED