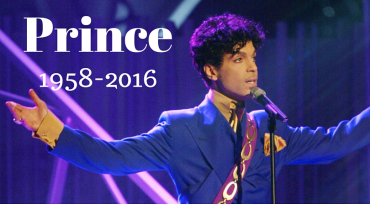 It is being widely reported that the artist known as and formerly known as Prince died without a will or any other estate planning vehicles.

How does this happen, he is Prince! He had teams of advisors around him. I am sure that his advisors told him the importance of having proper plans in place. Unfortunately far too many people ignore it or wait until it’s too late.

So what does it mean?

One thing that it will mean is a huge tax windfall for the federal government. Prince’s net worth and future royalties for his music catalog is estimated to be between $150 and $200 million. That is a lot money for his hit songs Purple Rain, When Doves Cry, 1999, Cream and others.

So what happens next?

Well if he truly died without a will the estate laws in Minnesota will drive who gets what from the estate. Prince was survived by one sister and 7 half siblings. All of them would get an equal share if they can prove their relationship to Prince. But there may also be creditors, business partners, and of course the IRS wanting their piece of Prince’s vast fortune that included several pieces of real estate, businesses and his vast library of published and unpublished music.

The music rights are where things are going to get tricky for the heirs and the IRS. The IRS has recently begun to apply a future value to the music and movie rights and future royalties to artists and their estates. Whatever number the IRS and Prince’s estate can ultimately settle on will be determined greatly by this number.

The IRS learned from their “mistakes” from celebrity estates like Elvis Presley (the second highest grossing dead celebrity at over $12M last year behind Michael Jackson) and Marilyn Monroe.

I am sure there will also be a battle between the heirs over what they feel they deserve. The truly sad thing is that much of this could have been avoided or mitigated if Prince had set up a proper estate plan. I am a firm believer that everyone should at the very least have a will in place so that their wishes after death are known. Regardless of whether you are a working class plumber or a world famous music star you need to have the proper plans in place for you.

No one knows when they are going to die. If you have questions about your current estate planning strategies, please give me a call at the office (336-310-4233) to schedule a consultation.