I grew up in Bridgeport, CT. For those that don’t know Bridgeport is the childhood and adult home of PT Barnum. Phineas Taylor Barnum (1810-1891) is most famous for founding the Barnum and Bailey Circus but was a tremendous businessman, philanthropist, politician (mayor of Bridgeport and served two terms as a member of the CT House of Representatives) and most famously as a showman. What most people don’t know about Barnum and his business career was that he was an innovator across many different business. He founded a ferry company that connected Bridgeport to Port Jefferson, NY a business that still operates today, He was part of the original lottery craze and had a lottery shop where he sold tickets before the state of CT outlawed the lottery forcing him to close his store and move to New York City. 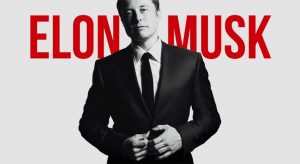 It was in New York City that Barnum became the famous showman that he is known for today. He was part innovator, part conman and all show! He is famous for the expression there is a sucker born every minute. It is this expression that brings me to Elon Musk. The charismatic leader of Tesla and SpaceX. Who is trying to change the way the world uses energy by building electric cars and solar panels. This is a worthy mission but there are so many holes in the story and the results that it makes me wonder if Elon is more a version of PT Barnum than Steve Jobs.

Elon Musk has never shied away from grandiose statements about the future of the company. But there are a few problems with this. For example in 2016 Musk said that Tesla would easily produce 200,000 Model 3 cars in 2017. Well guess what? They didn’t even come close. They have had tons of production issues and when they were having these issues and were about to disclose them Elon the showman makes a grand announcement to hide the issues. His grand announcement was the introduction of an Electric Semi and Roadster. Neither of which are overly innovative. Mercedes Benz is already testing Electric Semi’s and several other well capitalized Truck Manufacturers are going to have new products hitting the road over the next year or two.

But the cult of personality that is Elon Musk keeps people captivated by the show. Whether it be Instagram photos of overnight camping at Tesla’s Gigafactory or a Tesla P85 beating a Ferrari on a race track Mr. Musk has a flare for the dramatic. Unfortunately the finances of Tesla have not kept up. Tesla has only had one quarter where they were profitable and despite revenues increasing significantly through 2017 the losses accelerated as well. This doesn’t even bring into account the heavy debt load related to the purchase of Solar City. It’s Elon’s World and the reality is that financials don’t matter, profitability doesn’t matter, execution is a secondary concern. The only thing that matters is Musk’s vision. And his vision is to revolutionize energy and create a sustainable way to create, store and then use for transportation. It’s a tremendous and admirable goal. But reality and vision can be really messy.

Let’s look at Tesla’s the company for a minute. They make a fraction of the worlds cars (about 100k globally in 2017). For comparison GM sold 3,000,000 cars in the United States alone in 2017 and sold about 50,000 Electric Vehicles. Yet based on stock price Tesla has a Market Cap (57B as of 1/16/2018) that is almost on par with GM (63B as of 1/16/2018) despite selling a small fraction of the number of vehicles and having zero profitability. On top of production issues that are limiting the number of sales Tesla is able to deliver on they have taken on a significant amount of debt (Long Term Debts end of Q3 2017 approximately $10B) and continues to burn through cash reserves at about $1B a quarter with no real end in sight.

The problem for Elon Musk and Tesla is that his vision can’t be funded forever on the back of an unprofitable debt ridden company that has no signs of heading towards profitability. Eventually investors get tired of the company not making money and when that happens the stock will struggle. Until then Elon Musk will continue to bring his PT Barnumesque barnstorming show complete with 50’s drive ins charging stations and reusable rockets across your social media accounts and TVs showing you what he thinks the future will be. Will he be right? Your guess is as good as mine but as of now I am going to take a pass and leave it for some other sucker.