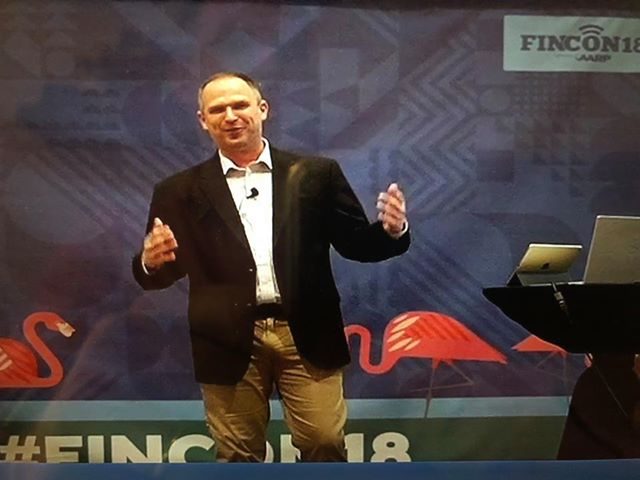 What do FIRE, Hoops, Podcasts, Alexa, and Dave Ramsey all have in common?

They were just a few of the topics covered at FinCon 2018.  This was my first FinCon and to say it was an interesting experience is an understatement.  I didn’t know what to expect going into my trip to Orlando.  While I have been to dozens of conferences over my career this one was different.

First this isn’t really a conference about money or investing, though there were plenty of conversations about that stuff thanks to run ins with Peter Lazaroff, Ben Brandt, Chad Smith and Taylor Schulte.  FinCon’s conference tag line is where money and media meet.  For me it was much bigger than that.  For me it was about creating a better digital experience for my clients and prospects.

Second this conference was the first time I would be giving a featured talk.  I am not gonna lie it was nerve-wracking and my anxiety level was on high alert.  I spoke about something new that we are rolling out to clients in the 4th quarter.  We now have an Alexa skill and I believe we are the first independent financial firm in the country to have one.  We will be talking more about that soon.

“There are always three speeches, for every one you actually gave. The one you practiced, the one you gave, and the one you wish you gave.” –Dale Carnegie

It is amazing how much preparation goes into giving a 20 minute presentation.  I had practiced it dozens of times and still felt underprepared.  After watching half a dozen sessions from presenters earlier in the conference I had to remind myself that this was my first big public speaking gig.  The last time I spoke before a room this big was graduation from high school.  After I got mic’d up and my presentation came up on the big screen I began to have that moment like Eminem’s character at the end of my favorite movie 8 mile where the beat starts playing and he goes to open his mouth and he momentarily doubts if he’s going to be able to say anything.  Fortunately, the presentation went off and I didn’t embarrass myself.  I am sure when I finally get the recording from the even I will be overly critical of myself but that’s the only way to get better.  I am not sure how people do this professionally it had my anxiety at a 10 but I am certainly interested in doing more public speaking. 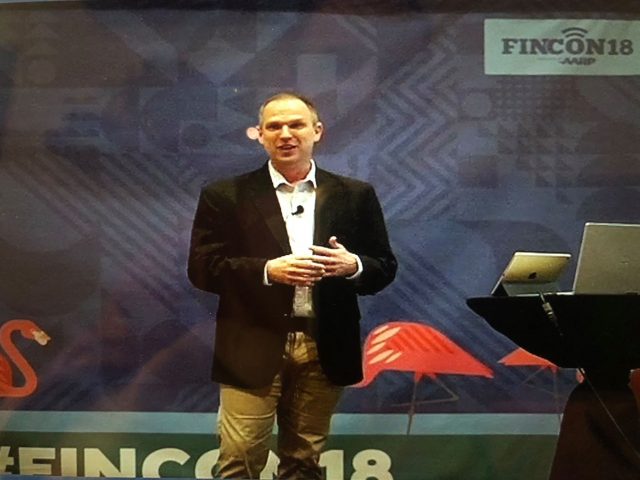 The third thing that I found really cool about this conference was how friendly everyone in the whole community was.  The more experienced bloggers/podcasters were all willing to share tips, tricks and encouragement so freely.  That doesn’t happen so easily at most conferences.  There were so many great presentations. Rachel Cruze (Dave Ramsey’s daughter) was awesome.  That is hard to say because I am not a big fan of Dave Ramsey but her message hit home and thought provoking.   The real value came from the conversations over breakfast, lunch, dinner or break time.  I met some amazing new connections that I can’t wait to continue to learn and share from.  The most interesting group of people other than the financial advisors I connected with was the FIRE community.  FIRE stands for Financially Independent Retire Early.  They all had inspiring stories about what they had overcome and why they were trying to create the lives they wanted to live.  Before the conference I thought of this group as kind of “fringe whackos” who took basic financial principles to the extreme especially around frugality (think Extreme Couponing).  After meeting and talking with several of them it was inspiring.  Still a little weird but not strange.  I am going to be talking more about this movement in the near future and will even being doing a podcast with one of them really soon.

Finally to bring it back to hoops! As all my readers and clients know I am a big basketball junkie.  Who knew in a group of “money nerds” I wasn’t the only one with a love of basketball.  So much so that they had 2 hours of pick up basketball the first morning of the conference before check in.  These games were actually very competitive so I am looking forward to next year’s games. Hopefully it will be indoors because there were some serious players but the Orlando humidity was brutal.

Be sure to enable the Finance Factory skill on your Alexa in order to get daily financial and money saving tips as well as our latest blog posts and podcasts.