What Jay-Z did was more than release an album. Jay-Z dropped a financial planning guide.

I don’t know if that was his intention but upon my first listen the financial planner in me heard his message loud and clear. It was like a 2×4 to the temple starting with The Song of OJ and woven all the way through the album to the closing salvo Legacy.

How Jay-Z made his money, doesn’t lessen the power of his message or that it can be applied to everyone regardless of their income level or earning potential.

Here are 5 financial tips from HOVA: 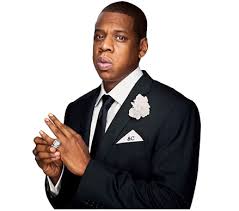 Don’t be a Dumbo!

“I bought every V12 engine. Wish I could take it back to the beginning. I could’ve bought a place in Dumbo before it was Dumbo for like 2 million. That same building today is worth twenty five million. Guess how I’m feeling? Dumbo!”

OK for those of you that are not born New Yorkers (I’m not one either but my Mom is) Dumbo is a neighborhood in Brooklyn right near the Manhatten Bridge. Now it doesn’t take a genius to realize that real estate prices in New York have gone crazy. That’s not Jay-Z’s point. What he is saying instead of wasting your hard earned money on fancy cars or things you would be better off reinvesting in your community and yourself than investing in stuff.

“You wanna know what’s more important than throwing away money in a strip club? Credit!’

Financial freedom is exceptionally difficult to achieve if you do not have good credit. Borrowing money to purchase a home is not a bad thing in and of itself. The problem is when people end up becoming slaves to their debt payments. Taking on too much debt leads to difficulty saving for other goals and usually leads to living paycheck to paycheck. Jay-Z calls it living rich and dying broke!

Ritholtz Wealth Management CEO and hip hop aficionado Josh Brown had a great post recently about the power of compounding for both the short and long term. Prudent investment strategies require time to work and the biggest reason is compounding.

Build a legacy for your kids

“Generational wealth that’s the key. My parents ain’t have sh!t So that shift started with me. My mom took her money she bought me bonds. That was the sweetest thing of all time”

We have a responsibility to teach our children about money and how to have a responsible relationship with money. They learn by following our example. It is understandable to want to provide a great life for your kids, but it should not be at the expense of taking on tons of debt or living above your means. A better way is to live within your means. Teach them the values of hard work and having a good financial plan.

Your Current Situation Doesn’t Define You

“F@#k a slice of the apple pie want my own cake. In charge of my own fate”

It is possible to change your situation but far too many people do not believe it. Anyone can reach their financial goals if they are willing to make the sacrifices and changes necessary to accomplish it.   Whether it be owning a home, retiring with a million dollars, starting a business, or paying for your kids college. Your current situation does not define your future you are in charge of your own fate.

To quote Lewis Carol from Through the Looking Glass “it takes all the running you can do, to keep in the same place. If you want to get somewhere else, you must run at least twice as fast as that.” You have to hustle and work harder and smarter than you thought possible if you want to get to the future you dream of.

Jay-Z is trying to educate his listeners on the basics of how he became who he is and the mistakes that he made along the way. Some people will take it as him trying to “act smarter than them”. The simple reality is that he’s built himself from nothing to be one of the world’s biggest moguls of any sort. He is at the point where he wants to actually pass along this knowledge in a ballad, rather than charge for seminars or advice. While it is only a shallow overview of how he got to where he is and what he missed out upon, it’s meant to start a conversation in urban communities. To foster engagement among minorities that have limited access to financial advice to discuss the topic is not in the zeitgeist of the community. Knowledge is power, and Hova’s hope is to distribute power to the community.