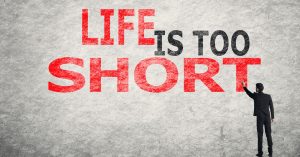 “Regrets are idle; yet history is one long regret. Everything might have turned out so differently” – Charles Dudley Warner

Regrets we all have them. Many people think about the what could have been if only they had done this or that. Regrets can be very destructive to your financial life. I’m not saying that mistakes are bad. Quite the opposite, everyone makes mistakes the detrimental part is when you don’t learn from the mistake and let regret creep in.

The next time you begin to have a life regret or financial regret I want you to think about Ronald Gerald Wayne. Don’t know who Ronald Wayne is? That’s OK I will share a little bit about his story. Steve Wozniak and Steve Jobs are known as the founders of a little company called Apple. I know crazy right? Well what if I told you that Ronald Wayne was the third founder of Apple. How could you have never heard of a 10% co-founder of Apple?

Wayne worked with Jobs and Wozniak at Atari when they decided to found Apple on April 1, 1976. Wayne drew up the original partnership agreement, drew the original log and the Apple I manual.

Amazing right. He got 10% equity in a company that today is largest company in the world. So you may be asking yourself why you have never heard of him. Well this is where the regret part of the conversation comes into play. Two weeks after founding Apple in 1976 Wayne decided to relinquish his 10% ownership stake because he was concerned that his potential exposure to the start ups creditors. He received a total of $2300 for his ownership stake. You want to know what financial regret looks like this is it. Had Wayne held onto his stake it would be worth more than 75 billion dollars today!

Think about that for a minute.

He traded $75 billion for a little piece of mind and $2300 in cash. Now of course Apple may not have worked when they founded it in 1976 and certainly he never could have known that Apple would be worth almost 1 trillion dollars one day. But I am certain not many days go by where he doesn’t regret his decision in April 1976. To add insult to injury in the early 90s Wayne sold the original signed Apple partnership agreement for $500. In 2011 the contract was sold at auction for $1.6M. Ronald Wayne was really good at trading great assets for beans unfortunately his beans weren’t magic.

Let’s talk for a minute about brothers Richard and Maurice McDonald. People who have seen the movie The Founder know them as Dick (played by Nick Offerman) and Mac (played by John Carroll Lynch). They are the American innovators that changed the way fast food is done across the globe. Unfortunately they are not remembered in for creating McDonald’s like Ray Kroc is. Why is that? Well it is very complicated. They had began a franchising agreement with Ray Kroc to create McDonald’s restuarants in a few markets. When they were successful Kroc wanted to expand the franchise model across the country. The McDonald’s brothers did not agree ultimately and ended up selling the rights to the McDonald’s name for $2.7M dollars. Now how Kroc ultimately ended up with the McDonald’s name was through a horrible business practice. The brother’s were supposed to receive a royalty on every franchise but were unable to prove it in court and today the royalties would be worth almost $100M.

They could have participated in the massive expansion of McDonald’s but Dick and Mac did not have the vision that Ray Kroc had. Did they regret missing out? According to their family they did not have regrets about their dealings with Ray Kroc. I have a hard time believing that they didn’t have a few moments where they wished they had taken up Kroc on his plans to expand across the country.

Regret is a funny thing. It is a very weird emotion and for many people it is a crutch used to explain why things didn’t go their way.

I have several financial regrets and they all have to do with taking on too much debt and a horrible Kirby vacuum twice. In college I got in over my head in credit card and student loan debt. It took over a decade to dig out and was a miserable experience that limited the things I was financially able to do in my life. If I had only knew then what I know now. I also bought more house than i should have at the peak of the real estate market in 2007. There is an expression that life gives you the test first and then the lesson. If I dwelled on the mistake I would not be able to move forward.

It is like driving a car if you dwell on what is in the rearview mirror you may miss an opportunity that is right in front you.

Let go of your regrets. Learn from your mistakes and keep moving forward.