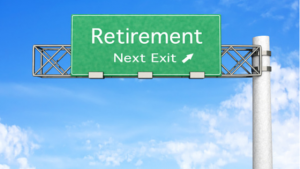 Financial Planning as a profession is really good at making all sorts of rules around how much you should save, what you spend, and what kinds of risks you should take with your financial assets.  I think the rules are good as a general guide but that every client’s situations are unique.

We have all seen the commercial where the two neighbors are talking and one neighbor has a number over his head and the other neighbor asks what’s with that number.  The first neighbor responds that’s my retirement number.  He then asks what then asks neighbor two what’s his number and he responds a gagillion.

It’s a great commercial to illustrate two points.  The first is that it is important to plan so you can understand what your needs are going to look like as you enter retirement.  The second is that many people have no idea how much money they are going to need in retirement.   I am going to discuss a couple of the risks that can affect if you have saved “enough” for retirement.

The first is the “sequence of returns” risk, which points out that a loss in the value of retirement assets early in retirement will mean that subsequent withdrawals simply dig the hole deeper.  I like to call this the 2008 retirement.  Folks who retired in 2008 and had to take withdrawals from their retirement accounts beginning in 2008 got hit with the double whammy, a rapidly declining stock market and a need to take assets out of the market.

The second is the “sequence of consumption” risk, which exists during both the accumulation phase of retirement assets and the consumption phase of those same assets.  Having a lot of debt carries a lot of risk. Many people finance large parts of their lives while they are working.  This carries the risk of not being able to save enough for retirement because too much of your cash flow goes to paying debts off.  Managing debt during retirement is even more important.   This is particularly true because of the existence of the “retirement spending smile”: spending in retirement starts out high, falls during the middle period, and then, as retirees age, once again climbs.

So what’s your number?

Will you have “enough”?

A Thought from the Factory on Main