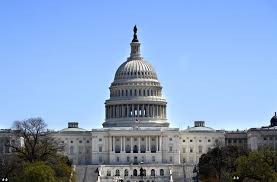 On May 23, 2019, the House of Representatives passed the SECURE Act by an overwhelming majority of 417-3; the Senate on December 19, 2019 approved it (as part of a broad spending plan), and President Trump finally signed it into law on December 20. With its basket of popular bipartisan provisions, the SECURE Act will expand and modernize the defined contribution retirement plan system, aiming to live up to the promise of its name: “Setting Every Community Up for Retirement Enhancement.” As such, it represents the most significant retirement policy legislation since the Pension Protection Act of 2006.

Highlights of the Act include an increase in the RMD age by 18 months (from 70½ to 72) and the expansion of 401(k)s, among other things. But there’s much more to know about the changes the Act brings, so read on as we review 10 facts, from the well-known to the little known, about the SECURE Act.

Depending on how well-informed you are on the SECURE Act, you may have noticed that we have yet to mention arguably the most significant change in the SECURE Act:

The Act is essentially doing away with the “stretch IRA” for non-spouse beneficiaries who are greater than 10 years younger than their spouse. Distributions over the life expectancy of a non-spouse beneficiary would be allowed if the beneficiary is a minor, disabled, chronically ill, or not more than 10 years younger than the deceased IRA owner. For minors, the exception would only apply until the child reaches the age of majority. At that point, the 10-year rule would kick in. For example, under current law, a one-year-old who inherits an IRA is considered to have an 81.6-year life expectancy. Under the SECURE Act, that same child would have until age 21 + 10 years to withdraw the IRA, totaling 31 years. In this instance, the deceased would be better off naming his spouse as the beneficiary.