9/11 will never just be another day.  Every year I think it will get a little easier to forget and move on and it doesn’t.  Every year I am reminded of what almost was.  I am not one to live a life full of regrets or fear.  But 9/11 is the one day every year that haunts me.

I was 6 years old the first time I saw the Twin Towers.  I was driving across the Tappen Zee bridge from Connecticut with my Mom when I saw them glistening in the sunlight overlooking the water.  They were a sight to behold especially to me.  Prior to that moment the tallest building I had seen was the 6 story section 8 apartment building I lived in with my newly divorced Mom.  I would see them hundreds of times as a kid growing up in Connecticut who would travel to Brooklyn or Jersey regularly to visit family or see Mets games.  They were a major part of my childhood and I appreciated them every time I came across the bridge.

I saw them when I left for my senior year of college in 1997 and had not seen them again until September 10th, 2001.  I had flown to NYC after just getting back from my Honeymoon the prior Saturday.  I had a series of interviews scheduled with Merrill Lynch on the 11th.  My new bride was nervous about me going since we had barely been apart more than a work day since meeting a little over a year earlier.  I was sad to kiss her goodbye but excited to head back to NYC my second childhood home.

When we were flying in we ended up having to circle LaGuardia due to runway congestion and we got to fly by the Twin Towers and I remember thinking how amazing they still were to me even after 19 years of seeing them.  To me they represented a memory of opportunity when I did not see much around me during my very rough childhood.  I did a book report on the Twin Towers when I was in 4th grade and in that moment I remember thinking it was surreal that I was gonna have lunch at Windows of the World there the next day.

I went down to the hotel restaurant and ordered a hamburger and watched some ball game.  I don’t even remember which one because I got to the Marriott Marquis at Times Square the evening of the 10th and called my wife from the hotel phone to give her my room info.  She wished me good luck and said she’d talk to me after it was over.all I kept thinking about was how tomorrow’s interviews were going to change my new family’s life.  Becky and I were expecting our first child and I couldn’t wait to bring them to NYC and experience a place that I consider one of the most magical places anywhere.

On 9/11 I got up a little before 4AM which was my routine back then.  There is something almost ethereal about the city at that hour.  I got up and went for my morning run and for the first 20 minutes there was barely another soul around except for the guys dropping papers off and a few delivery trucks.  There is something energizing about NYC at that moment right before it becomes the hustle and bustle that everyone knows.  I had an amazing run that morning.  I covered almost 10 miles in an hour.  I felt great and my head was in a perfect place.  I was going to change my life that day. I finished getting ready and at 6:30 I called and left a message at my apartment back in North Carolina telling Becky I love you and I’ll call you around 5.  I got in a cab at 6:30 and headed over to the Merrill Lynch office on Vesey Street.

The offices were like a block or two away from the World Trade Center and may have even been a part of the complex I don’t remember specifically.  What I do remember was the office I did my first interview in had the most unbelievable view of the Hudson River.  My interviewer and I both remarked at how peaceful and beautiful the day looked out on the Hudson.

I was scheduled to have a full day of interviews beginning at 7:30 and ending with dinner at some steakhouse. I had free time for lunch and I was going to celebrate my recent marriage with a college friend at the Windows on the World restaurant at the top of the North Tower.  My second interview started at 8:30 and was in an interior conference room. The guy was in charge of all the research analysts I think. He was a Mets fan like me and we were talking about last year’s Subway series when we heard a muffled noise that sounded like an explosion. A minute later a secretary came in and said you have to see this.  We walked over to a corner office window and saw the smoke billowing out of the north tower.

He told me to head back to the hotel and they’d be in touch. I got down to the street and the sirens were already everywhere. I was amazed at how quickly and orderly everything seemed. I don’t know why but I started to run back to the hotel. In my suit I ran up Broadway. I knew something horrible was happening and it was unfamiliar territory to me. Shortly before getting to the hotel I heard the the second plane hit the south tower.  I am still not sure to this day if it was fear or cowardice or uncertainty that made me run away.  The decision to run away is one that will probably always haunt me even though I am not sure how much or what kind of help I could have been.  After I got to the hotel I tried calling home but the lines were already busy. I had the TV on and watched in stunned disbelief and horror as the towers came down.  That moment is seared into my brain forever.  I was able to get an email out to my Dad who was able to call my wife and let her know I was OK.  I could not imagine the fear she must have felt not knowing if I her husband of less than 3 weeks was alive and having no way to contact me.

I did not sleep much that night.  I ended up getting up and going for a run because it usually was the only thing that could calm my mind.  It was surreal the contrast from my run just the morning before.  In the moment it felt like a war zone.  Off in the distance to the south I could see the smoke up above Ground Zero.  It was nearly impossible for me to process and I remember stopping on the steps of a church somewhere near Central Park and just crying.  I had still not been able to talk to Becky.  I needed to hear her voice and know that life was going to be OK.  The innocence of my youth and young adulthood was gone.  Life and death became a very real thing in that moment.  I mourn for those who lost loved ones.  I pray for those who helped rescue so many lives.  It was not something I was up to at the time. I was a young and naïve little boy whose life changed in that instant.

I spent the next couple of days helping hand out water and food.  Since I was trapped on the island for a few days until my stepfather could come get me and drive me back to North Carolina.  As far as the job interview they invited me back to interview again but I decided against it to stay closer to my wife’s family and to raise my kids in a smaller city.

For the longest time I felt significant guilt for not rushing in to help.  Then I think about how that choice changed my life.  I am a much more giving person.  I believe in the innate good of humanity.  In the moments after the attacks I saw the best and brightest parts of America.  The people who help make this country the greatest nation on this planet.  We are a loving and compassionate people but we will not sit idly by and have people take advantage of it.  In light of the tragic storms over the past two weeks I am sure the things that unite us as Americans will once again shine through and rebuild us into a better stronger version.

I had not shared my story before because it had felt incomplete to me.  I was unable to put my feelings and experience into words.  I felt immense guilt and sadness for those that had lost loved ones and friends.  That changed after I made my first trip back to ground zero this past Christmas.  Sitting on a bench looking at the pools I was awed by how somber and hallowed the tribute to the fallen was, but I was inspired by all of the rebuilding that was going on around.  We are a resilient nation and no place represents that more than ground zero.  I am proud to be an American and urge everyone to never forget those who died during the attacks of 9/11. 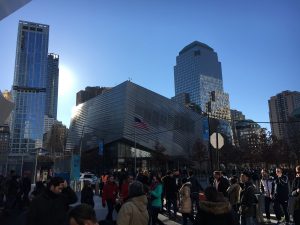 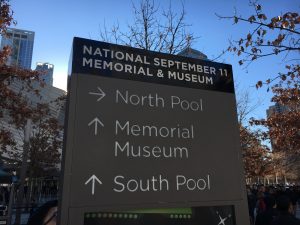 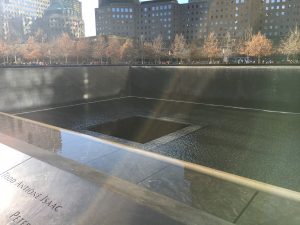 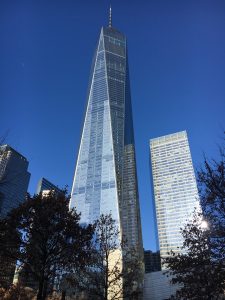 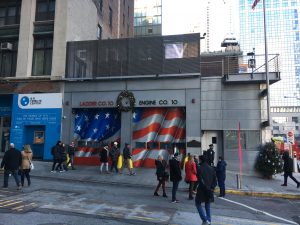 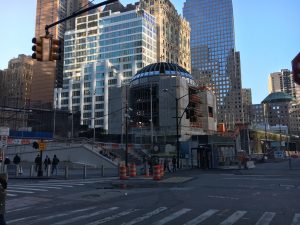 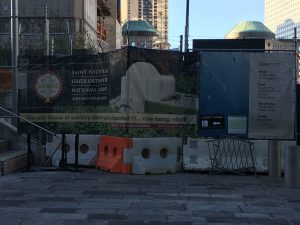 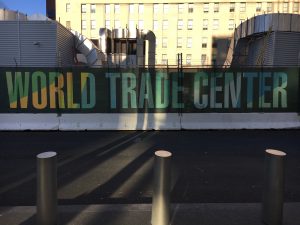